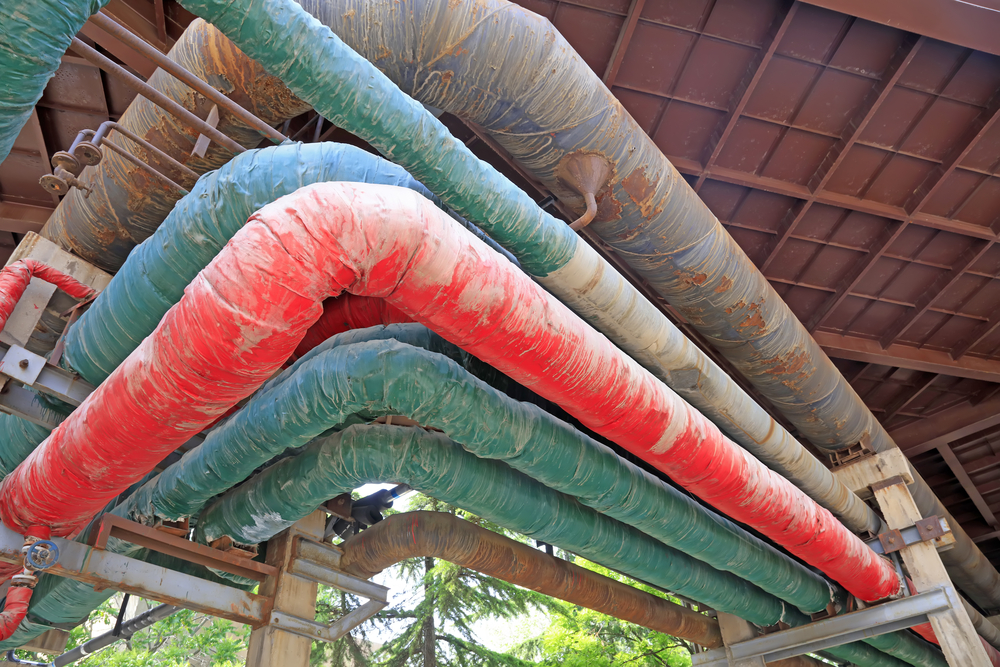 Asbestos can be hard to identify as it can be used in many different materials, therefore taking different forms. Asbestos can be found in a number of places within the building (particularly those built pre-2000), but is commonly in fireproofing or insulation materials. There are some visual examples on the Health & Safety Executive:

There are six different types of commonly found asbestos, each with their own characteristics and danger levels:

If you believe that asbestos is present on your site then proceed with caution to take a sample to be tested at a laboratory. Do not work with asbestos without PPE clothing and respiratory masks, as this could have traumatic effects on your health and even result in death: your safety is paramount. 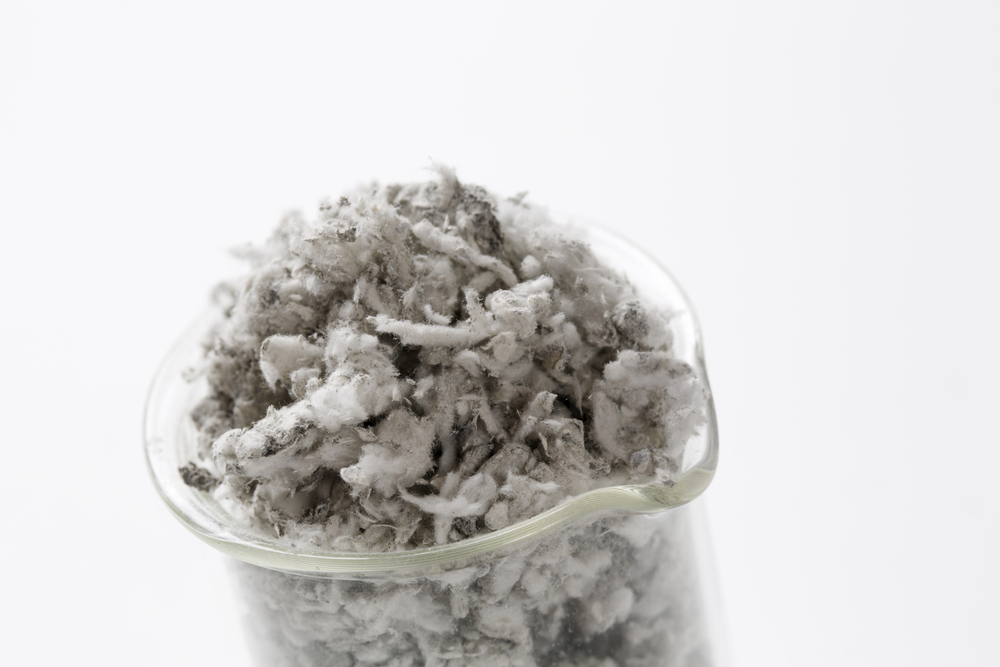 It’s thought to take years of continual exposure to high levels of asbestos to cause Asbestosis, however research suggests that the symptoms of asbestosis can take over 20 years to appear making safety paramount even when dealing with small amounts of asbestos.

Asbestosis is caused by asbestos exposure and is an extreme form of illness, often resulting in death. If asbestos is disturbed, then the fibres are released into the air and can easily be inhaled.  These fibres then settle in the lungs, causing irritation and scarring known as fibrosis.  This is irreversible and in extreme cases can lead to asbestosis, where the lungs shrink and breathing becomes difficult and painful.

Disposable PPE suits with respirator masks can help to prevent you from inhaling asbestos fibres, so should be worn when working on a site where asbestos is/or could be present.  If you are working with a property built before the year 2000 asbestos may be present in the following areas:

If you suspect asbestos is present, ensure a sample is sent to a laboratory to be tested before continuing work.

Our accredited Asbestos Awareness Courses can help you to understand the dangers of asbestos and the safest ways to work with the substance:

All courses can be completed online, at a time and place to suit you, with instant qualification. 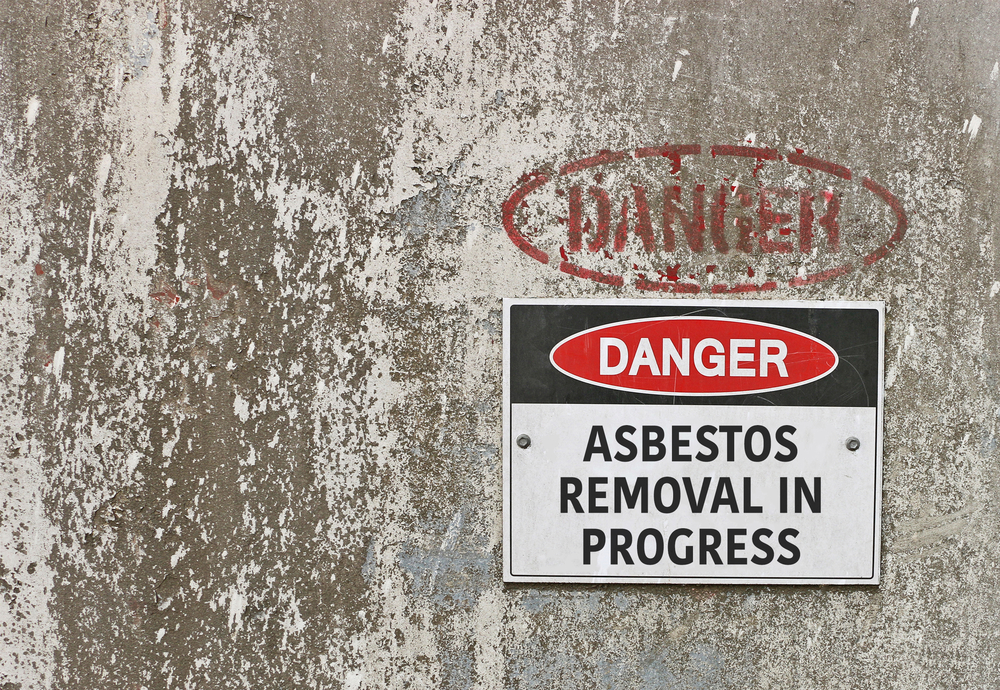 On average, 5,000 workers die every year from asbestos related illnesses, making it one of the biggest causes of work deaths in the UK.  Therefore, it’s no surprise to hear that asbestos is no longer used within the building industry.

Many building built before the year 2000 do contain asbestos and it’s usually found within fireproofing and insulation; meaning that workers still needs to be aware of the dangers of asbestos and how to work safety around the substance.

Asbestosis is an extreme form of illness that can be caused by asbestos exposure. If asbestos is disturbed, then the fibres are released into the air and can easily be inhaled.

If you inhale the fibres, they can settled in the lungs, causing irritation and scarring known as fibrosis.  This is irreversible and in extreme cases can lead to asbestosis, where the lungs shrink and breathing becomes difficult and painful.

Symptoms of asbestosis include:

Asbestosis typically takes over 20 years of asbestos exposure to form, and sadly can result in death. However over 1,000 cases are recorded in the UK every year, so it’s still a common illness for workers.

How Can You Protect Yourself From Asbestos?

Disposable PPE clothing and respirator masks can help to prevent the inhalation of asbestos fibres. You should also try to keep your workspace dust free and ensure you wash your hands regularly to remove any fibres, as a basic prevention exercise.

It’s advised that anyone working closely with asbestos takes an Asbestos Awareness Course to fully understand the dangers of the substance and how to safely work with it.  We have three on offer, which you can enrol on today and gain your instant qualification online: 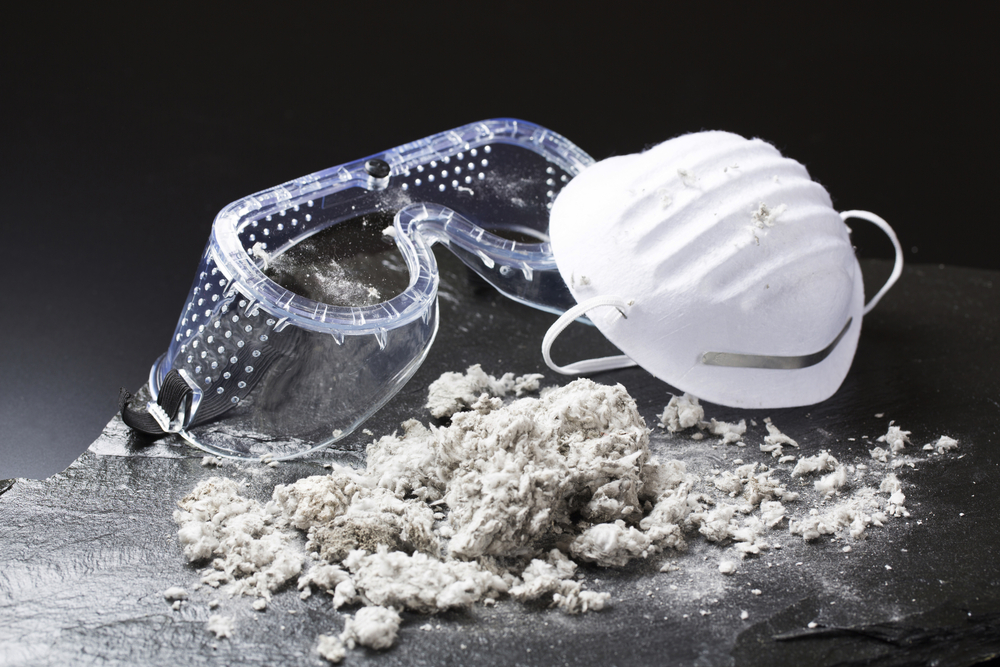 Asbestos is a cluster of natural minerals which comprise of fine, durable fibres.  It was commonly used for the insulation and fireproofing of buildings, before being banned in 1999 due to safety fears.

Being exposed to or working with asbestos for large amounts of time can result in serious health issues including mesothelioma, asbestosis and even lung cancer.  Therefore if you’re working with a building built prior to 2000, asbestos may be present and you should be prepared to deal with it the safest way possible to reduce the risk of illness and even death.

We offer a range of Asbestos Awareness courses to help you understand the risks when working with asbestos, but most importantly have the knowledge to implement the correct safety precautions. The three main courses are:

Where Will You Find Asbestos?

If you’re working in a pre-2000 built building then the most common places to find asbestos are:

Some buildings and materials will be clearly marked that they contain asbestos, however if you’re unsure, the safest thing to do is take a sample to be tested at a laboratory before proceeding to work with it.

What Are The Different Types Of Asbestos?

There are six different types of commonly found asbestos:

How To Be Safe When Working With Asbestos

It’s vital to wear PPE clothing, containing a well-fitted respirator when working with asbestos to prevent you from inhaling the fibres.

You should also avoid eating or drinking near the contaminated area, ensure your wash your hands frequently, keep the area clean and dust free as you work; but most importantly never reuse your disposable PPE clothing.

Enrolling on a training course can help you to understand the dangers of asbestos and how to remain safe when working with or around it.

You can view our Asbestos Awareness Training Courses here. 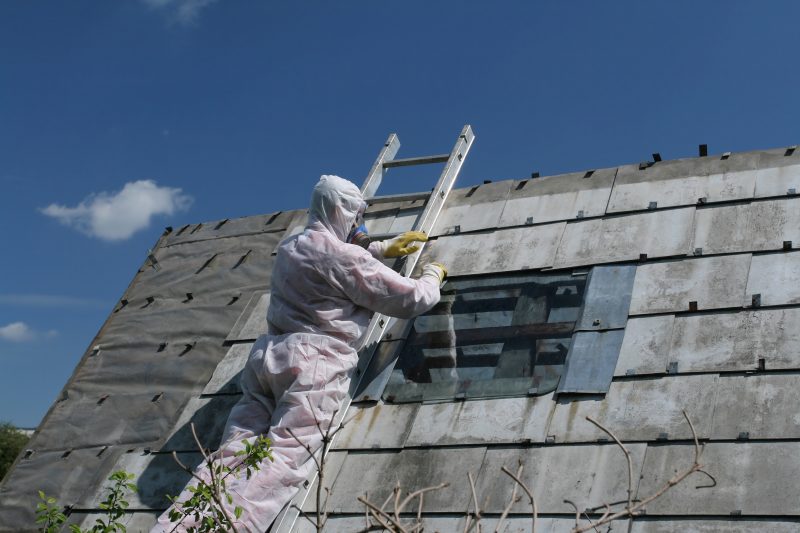 Health and safety training is an essential part of any and every workplace.
As an employer, you have a duty to ensure that your employees are aware of, and understand, the potential risks and hazards faced in the workplace and how to reduce them. This is also true when it comes to asbestos.

Aside from the fact that it is a legal requirement under the Control of Asbestos Regulations 2012 for anyone who may encounter asbestos to have the appropriate training, there are many benefits that come with asbestos awareness training.

As explained in a previous blog post ‘Why Is Asbestos Dangerous?‘, asbestos poses a serious health threat that can result in fatality. Employees at risk of exposure to asbestos should be provided with comprehensive training that covers the health risks, PPE and emergency procedures. This will enable them to take the necessary steps to protect themselves, where possible, from the dangers of asbestos.

Furthermore, if your employees have asbestos awareness certificates, potential clients will be more likely to use your services as you can show that your team has the knowledge and expertise required to manage asbestos.
The qualifications and skills of your employees directly affects the reputation and profitability of your business and a certificate like this will improve the credibility of your business.

It will also reassure your employees that you take their safety seriously because you are investing in important online training and allowing them the time to earn a certificate before carrying out any dangerous work that could put their health at risk.

This will in turn motivate and, potentially, retain your employees as it has been proven that training, or lack thereof, plays a large factor in an employee’s decision on whether to leave a company.
If an employer demonstrates that they appreciate and value their staff by providing them with training that could help them develop current and new skills, this will encourage employees to stick with the company.

As you can see, asbestos awareness training is more than just a legal requirement; it brings in more clients, helps to retain employees and keeps your staff safe and happy. It’s an essential workplace tool and we encourage you to get your employees trained up before any work starts. 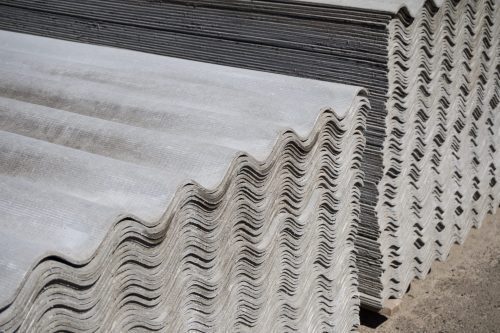 Although it may look rather harmless, asbestos is an extremely dangerous substance that kills approximately 5,000 workers every year making it one of the biggest causes of worker death in the UK.

Even though asbestos has been banned from use in the building industry, it is still present in older buildings where it was used for fireproofing and insulation so it is still a major concern for workers.
In fact, over 50% of British buildings still contain asbestos – 75% of which are schools – so it’s important that you understand the risks and the precautions you need to put in place should you encounter the substance.

When asbestos is disturbed, which occurs mainly within the construction industry, it releases fibres into the air that can be easily inhaled by anyone in the surrounding area.
Once taken into the body, the asbestos fibres can get lodged deep in the lungs and, over a fair amount of time, build up to cause irritation and scarring known as fibrosis.

This deadly damage to one’s health is irreversible and can lead to a lung condition known as asbestosis which is caused by the shrinking and hardening of the lungs, making it extremely difficult to breath.
Other symptoms of asbestosis include persistent coughing, chest pains and fatigue all of which can eventually result in death.
There are over 1,000 cases of this condition reported every year!

Another health condition triggered by the continued exposure to asbestos is a cancer called mesothelioma.
This is caused by the same build-up of fibres in the lungs getting embedded in the lining and resulting in inflammation that eventually forms tumours.

Though it is still perceived as a rare form of cancer, it is unfortunately becoming more and more common each year, and, like asbestosis, typically results in death.
It’s five times more common in men than women, and 50% of cases are diagnosed in those aged 75 and over, most probably because it’s an illness that builds up over a long period of time and years of exposure to asbestos.

It is the painful and unforgiving illnesses, such as asbestosis and mesothelioma, that make asbestos such a dangerous substance which is why we provide and encourage comprehensive online asbestos awareness training for all workers at risk of exposure.
By completing a comprehensive training course, you can ensure that you’re aware of all the dangers surrounding asbestos, the safety precautions you must put in place and emergency procedures.